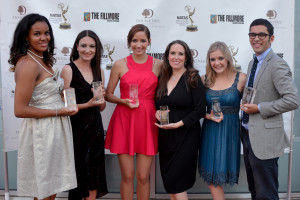 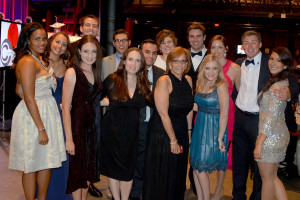 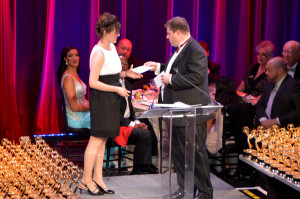 It was an honor to be nominated for an Emmy for a piece I did for American Journalism Review. I attended the event with many of my ViewFinder Spring ’14 students who won student Emmy’s in all six categories they entered.  Five of the awards were for team projects and Amanda Salvucci won for her “The Other Games: Underwater Hockey” piece.  Emily Schweich Merrill College ’16 was awarded a NATAS scholarship.  Morgan Gilliam Merrill College ’13 won an Emmy for her work at NewsChannel 8.  She was part of my first class of masters students.  Overall, another great night with my current and former Merrill College students.